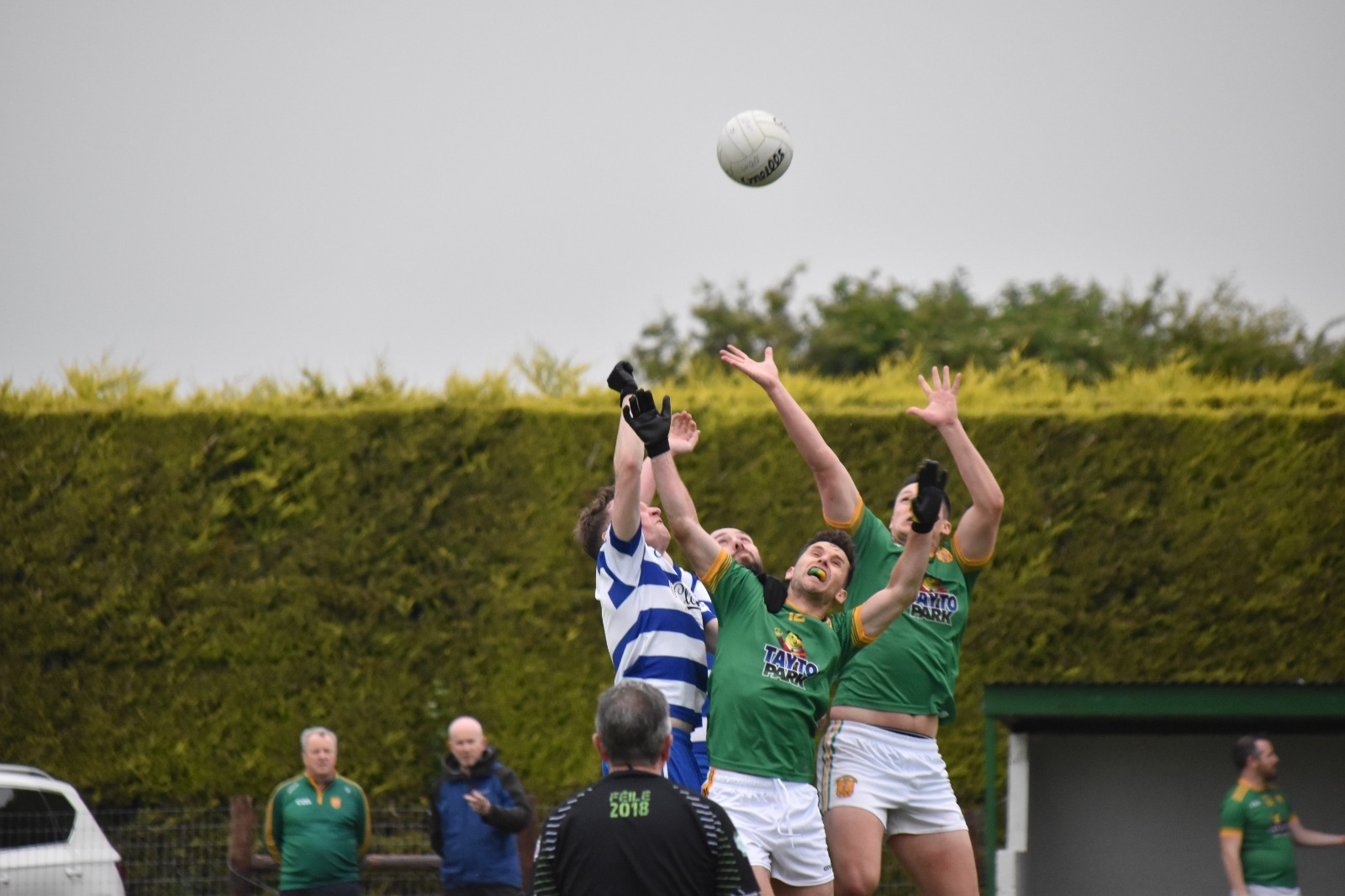 Curraha welcomed Navan O'Mahony's to Joe McDermott Park for this clash in the Premier Championship.

The hosts fielded a blend of youth and experience, as a few club stalwarts made their first appearance of the season, joining a handful of Senior team panelists. Curraha started well with Gavin Coyle opening the scoring. Gary Dowling was off the mark early following a great run through the middle from Brian Joyce. Ruairi O'Sullivan fired over following a great move between Conor Joyce and Gavin Coyle, and followed up immediately after with a fine effort from a tight angle on the right-hand side. O'Mahony's were causing problems at the other end though and registered 2 early goals to take control of the game.

David Coyle opened his account following a long ball from a quick free by Gavin Coyle. Gavin Coyle completed Curraha's scoring for the half with a late free to leave the score at 2-6 to 0-7 to the visitors at half-time.

O'Mahony's pulled away at the start of the second half, scoring 1-4 in the opening 8 minutes. Seamus Hogan knocked over a score to steady the ship following a fine catch and layoff from Conleth McLarnon, and McLarnon got on the scoresheet himself almost immediately after with an excellent point.

The visitors ran out deserving winners, though the scoreline was somewhat misleading. A lot of credit has to go to the O'Mahony's keeper who produced 5 excellent saves to prevent Curraha registering a goal.