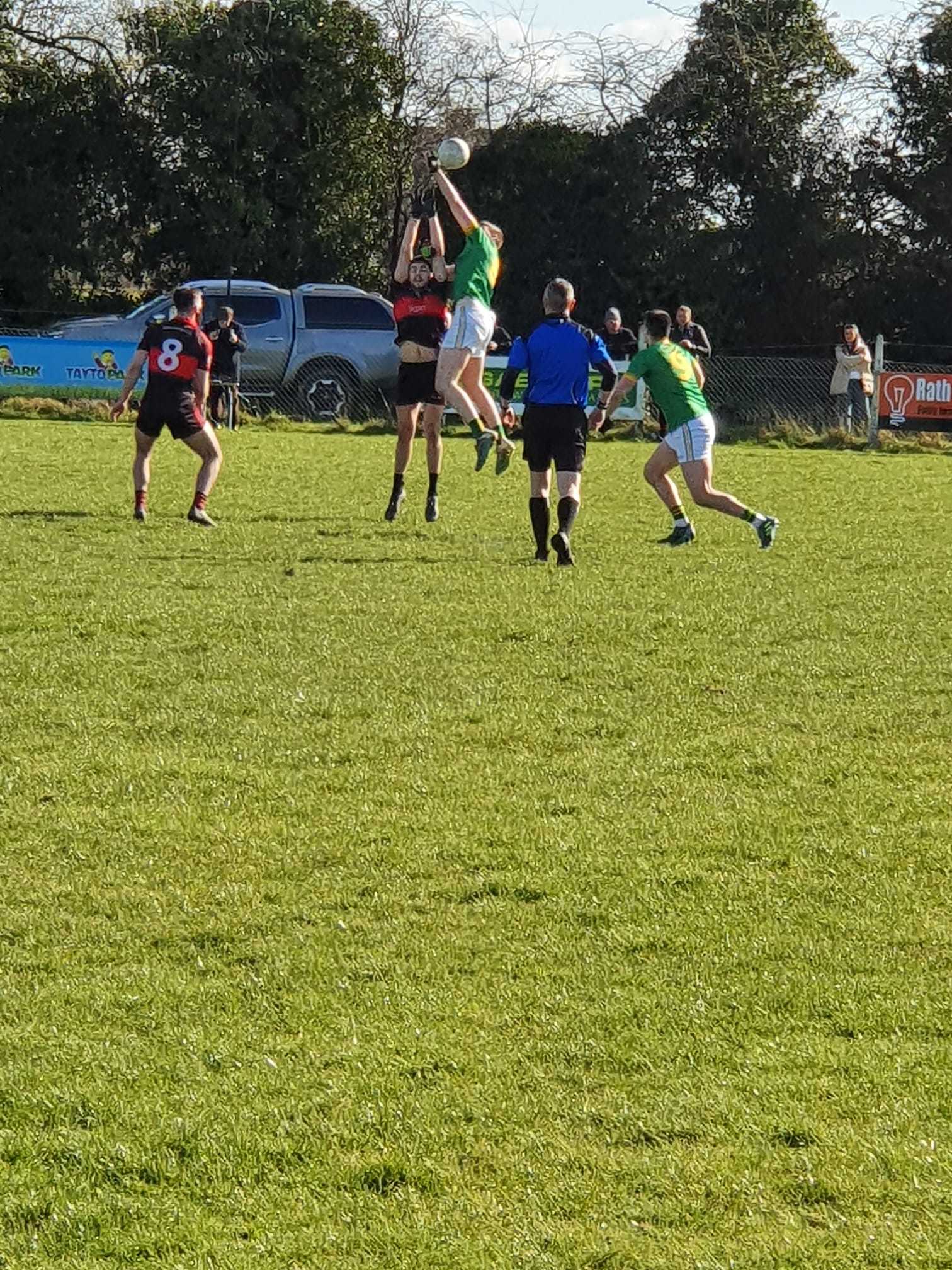 Senior A Football League Division 1B

Curraha got their 2022 league campaign off to a start with a game against Rathkenny in Joe McDermott Park on a perfect day for football.

The game got off to a slow start, with both sides conceding lot of turnovers in a scrappy opening to the game. Neither side managed to trouble the umpires until the 9th minute, when Conor Moriarty opened the scoring with a free for Curraha. Rathkenny responded well and, taking advantage of the wind, scored 3 points in the next 10 minutes, 2 of which were from placed balls. Curraha struggled to impose themselves on the game in the first half as an attacking force, but defended very well throughout this period, with the the full back line of Oisin Fay, Matthew Webb and Ian Battersby all putting in excellent performances. A further free from Rathkenny 2 minutes before the break left them ahead by 4 points to 1 at half-time.

Curraha started the second half well and started to play their way back into the game. Andrew Coyle, who impressed after coming on a sub, launched over an excellent long-range score after 5 minutes. Rathkenny worked their way up the pitch soon after this to restore their 3 point lead. Frees in quick succession from Moriarty and Keogh left the minimum between the sides, before another Rathkenny free extended their advantage again.

Curraha were mostly dominant by this stage, with Rathkenny struggling to create anything going forward. The 'Ha were dominating the middle of the pitch, particularly on both sides kickouts, with a spectacular high catch from Brian Joyce a highlight. Sean Keogh scored a fine point from the right hand side after an excellent team move with 12 minutes to play, and it looked like the home side might push on for victory at this stage. Moriarty pointed from a free with 8 minutes to go, but unfortunately, despite dominating possession and creating a number of chances, they could not find a winner.

A solid performance from Curraha to start the league campaign and definitely plenty of promise to build on for new manager Ruairí Murphy and selectors Pat Coyle and Pat Moriarty.