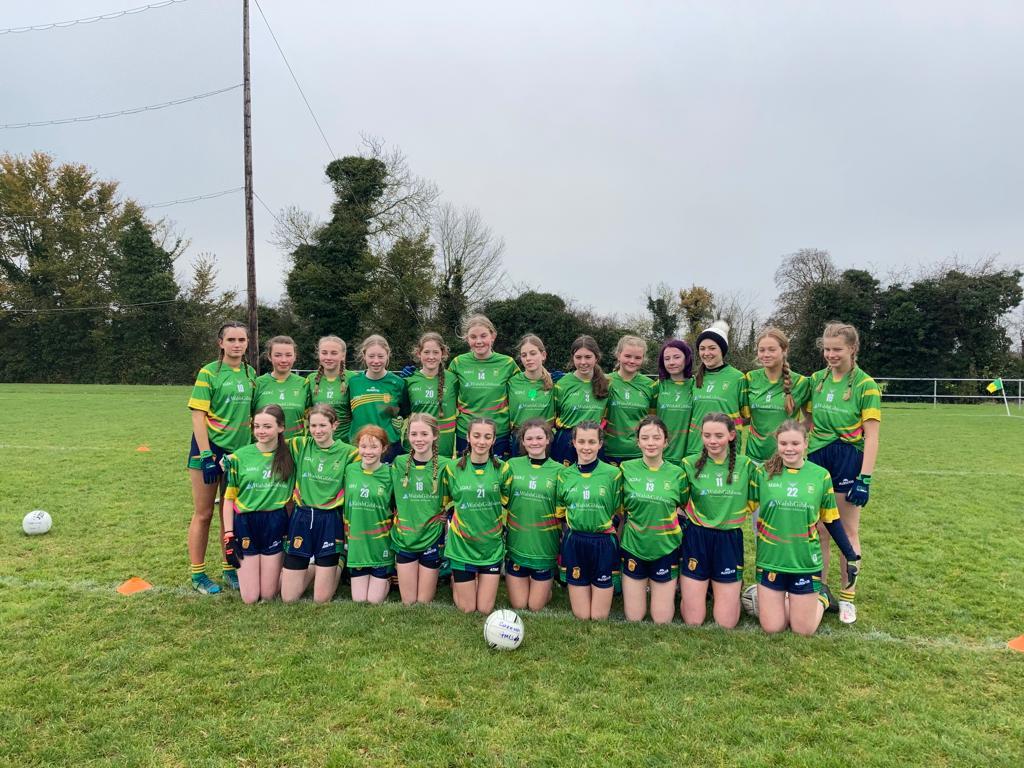 Curraha U15 girls were unlucky to be on the losing side of a very competitive League final last Sunday. Having played well and fought hard for every possession in a very evenly matched contest Curraha could not hold onto the lead and lost by 2 points on a score line of 4:07 to 3:08. With great support from the Curraha supporters, the girls played their part in a very entertaining final and can hold their heads high with the skill and athleticism they showed in representing Curraha in their 1st U15 girls final.

Well done to all the panel for a superb year with many entertaining matches. It was great to see that 11 of the girls togged out on Sunday last were the 11 girls that played on our 1st girls team back on the 25th March 2018. Thanks to them for what they started and for laying the foundation for others to follow. They have helped build a really solid underage LGFA project with the club and it bodes really well for future success.

The first draw for new fundraiser, The Grand Draw, will b...

The opening draw will be held this Friday evening. We wou...

The Grand Draw - First draw to be held on January 28th

The opening draw for our new fundraiser is just over a w...

A Chairde,We are currently looking at options for the cl...