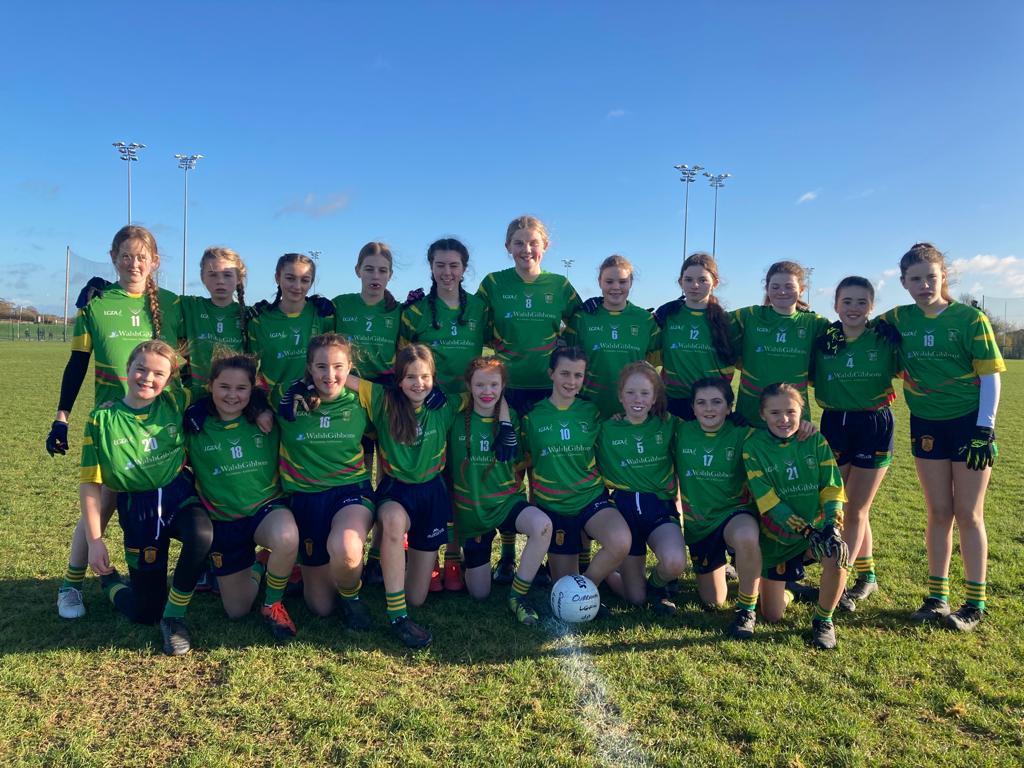 Published: about 1 year ago

On a dry but cold day in Dunganny played in front of a good Curraha crowd, the girls gave everything they had in a fine team performance. Scores were hard won all day and Curraha led by 4 points to no score at halftime after a great first half display. However in the opening quarter of the second half, and Dunderry piled on the pressure and scored the goals that would ultimately win the game. A gallant effort from Curraha with points by Ciara Morgan, Kirsty Greene and Imogen Horgan was not quite enough. This was a strong team performance from all involved with special mention to Juliette Heather, Carly Parsons and Ava Cleary.

It has been a great season for this team, and the girls have been an absolute credit to the club. They will bounce back from this and no doubt go on to appear in many more finals over the coming years, and it's only a matter of time before they secure some silverware.

Credit to to all the coaches for all their hard work this year.