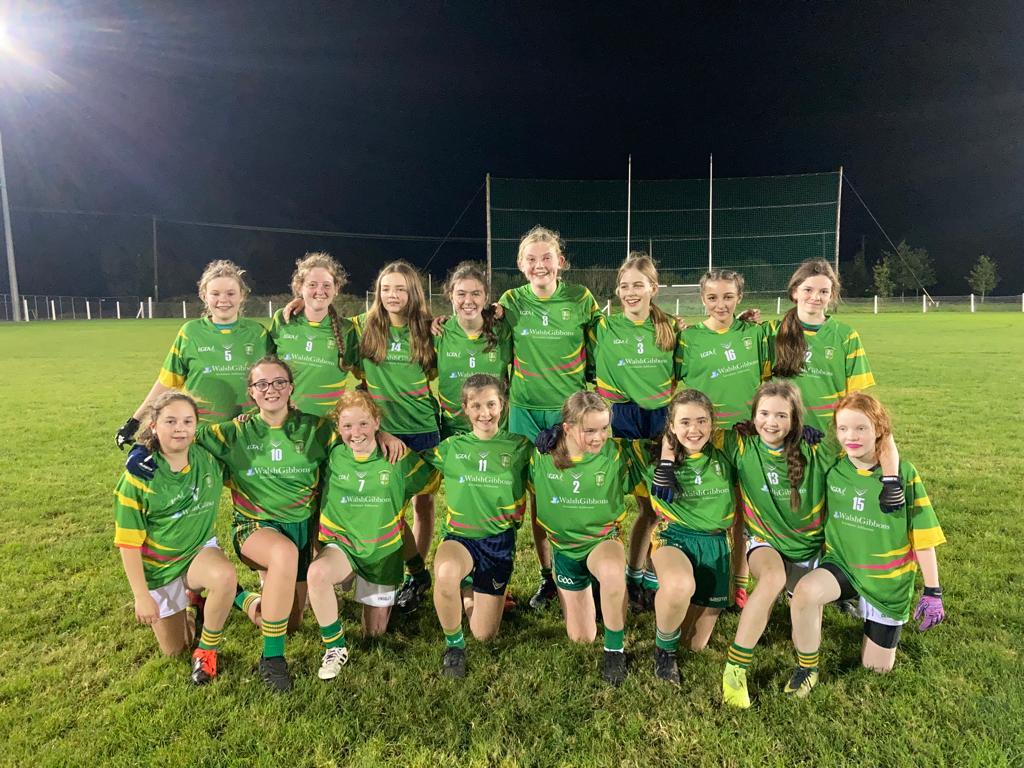 A great panel performance from Curraha who battled for the win. Despite having a lot of possession, scores were hard come by but Curraha were ahead 0-06 to 1-at halftime. They then outscored Carnaross by 4pts to 1 in the second half. Great defending by all Curraha players throughout the game limited the opportunities for Carnaross and some great points scored by Jane Mc Dermott (0-7), Ciara Morgan (0-2) and Rachael Storey (0-1).

Our Under 11 Girls made the short trip to Dunsany to play...